In a letter to Sir James received on Friday January 29, 2016, H.E. Ambassador Mussie Hailu – Regional Director of URI for Africa and Representative of URI at the African Union Commission (AUC); IGAD (Intergovernmental Authority for Development); UNECA (United Nations Economic Commission for Africa) and United Nations’ Office in Nairobi, Kenya, and Special Envoy of Economic, Social and Cultural Council of the AU on Interfaith, Interreligious and Intercultural Issues, states:

“…..We have been following with great interest the outstanding work you are doing in promoting a culture of peace, interfaith harmony, cultural values, human dignity, human rights, human security, art and literature, good governance, international solidarity, building the image of Africa and lobbying for the interest of Africa through your active engagement as former President at national, regional and international level and through your books and poetry. It is my pleasure to inform you officially that the United Religions Initiative (URI) Africa have decided to honour you with the Africa Peace Award in 2016…..”

Through its 175-member organisations from 31 African countries URI Africa is cultivating peaceful coexistence among different religions and cultures by engaging people to bridge religious and cultural differences and work together for the good of their communities and the environment. The vision of URI Africa is to see a united, prosperous and peaceful Africa where there is no religious strife.

URI Africa has signed memoranda of understanding with the AU Commission and the IGAD.

The Africa Peace Award celebrates, acknowledges and honours the accomplishments of individuals and organisations who have exhibited extraordinary leadership to build a culture of peace, environmental preservation, reconciliation and harmony among different religions and cultures and respect the universal declaration of the human rights and bring over positive change in people’s life.

In a statement issued from his office in Addis Ababa, H.E. Ambassador Mussie Hailu said – “This award helps to create role models of peace builders throughout Africa. Since its establishment in 2007, URI Africa have been giving the award every year to either distinguished African leaders, individuals and organisations who are doing exemplary work. It is a non-monetary award which honours distinguished individuals and organisations who have exhibited exceptional leadership in bringing about peace, reconciliation, solidarity and the alleviation of poverty, preservation of the environment and promoting interfaith harmony and co-existence among different ethnics groups and cultures.” 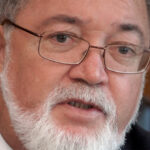