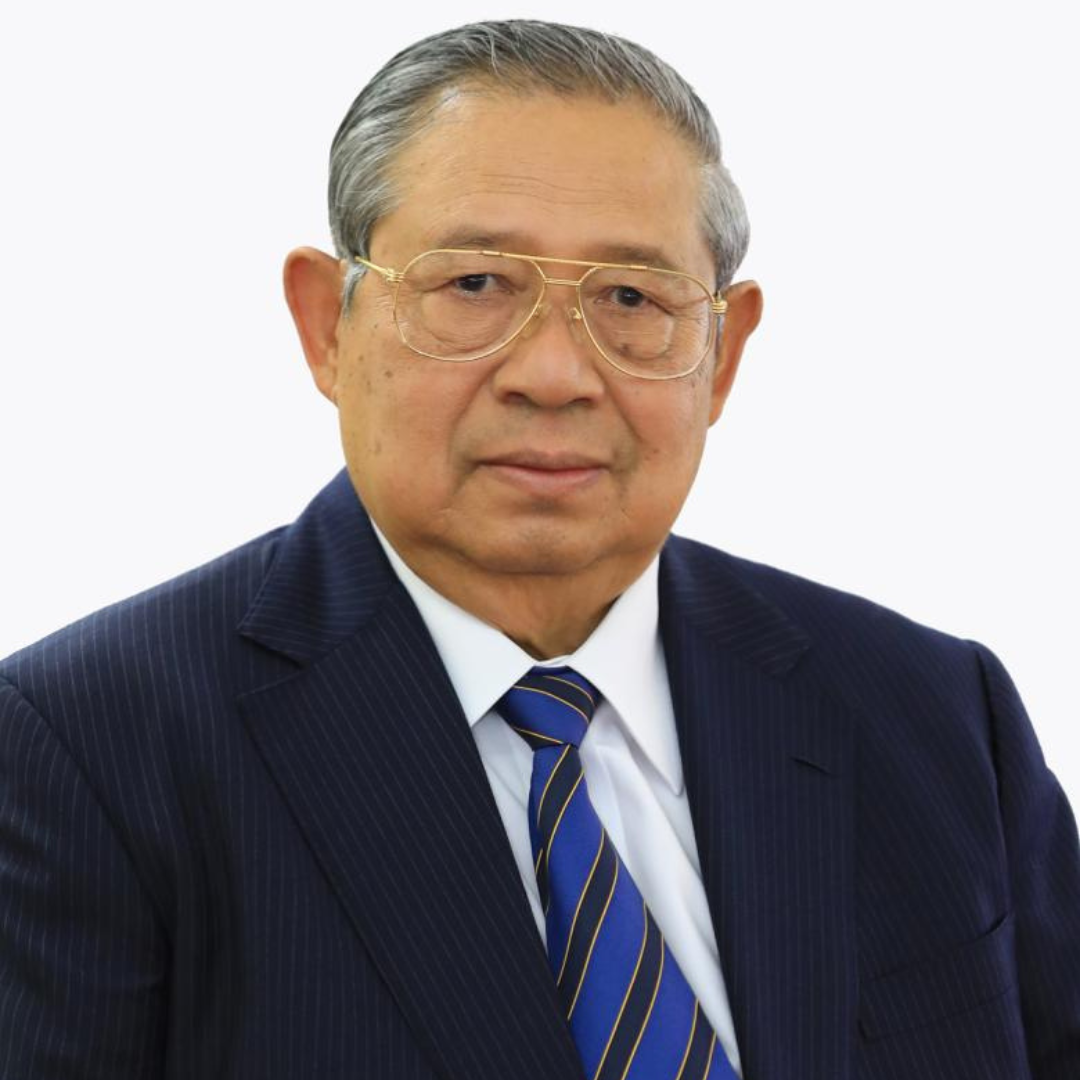 Dr. Susilo Bambang Yudhoyono (known as “SBY”) is the sixth President of the Republic of Indonesia, and also the country’s first directly elected President in the democratic era.

During his 2 (two) terms in office, Yudhoyono delivered what the World Economic Forum called “Indonesia’s golden decade”, a period between 2004 and 2014 that was marked by democratic development, political stability, high economic growth and resilience, conflict resolution and robust international role. Under his leadership, Indonesia became an emerging economy, a regional power, a G-20 member, and assumed important roles on issues ranging from climate change to post-MDG, terrorism to geopolitics, inter-faith to architecture, etc.

Yudhoyono’s life story has been nothing less than phenomenal: a military officer who became a 4-star general, who became cabinet minister and then politician, who became President and then one of Asia’s most respected statesmen. His time in office was hardly a breeze: he faced the destructive tsunami and a series of natural disasters, separatism, terrorism, financial crisis and more. But he managed to overcome these challenges with a steady hand : the country recovered from tsunami and other disasters, the conflict in Aceh was peacefully and permanently resolved in mid-2005; terrorist groups were disbanded and detained; and the economy rebounded. And at a time when democracies around the world were in distress, Indonesia’s democracy steadily moved from strength to strength.

With a Ph.D in agricultural economics, Yudhoyono relentlessly pursued his 4-track economic program of “pro-growth, pro-job, pro-poor, and pro-environment”. His development mantra was “sustainable growth with equity”.

As President of the country with the world’s largest muslim population, Yudhoyono has become a strong advocate for peaceful and moderate Islam, both internally as well as on the global stage. He devoted great efforts to develop closer relations between the western and Islamic world. He also staunchly promoted and became an architect of military reforms, and championed Indonesia’s robust peace-keeping operations around the world.

Yudhoyono is presently chairman of Global Green Growth Institute (GGGI) and, as head of Partai Demokrat, remains active in the politics of Indonesia. As per November 2015, he has 8.2 million followers on Twitter, and 5 million on Facebook.