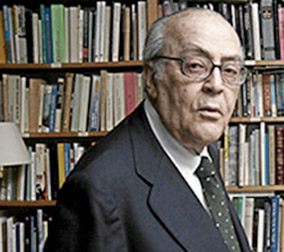 Leopoldo Calvo-Sotelo graduated as an Civil Engineer by the School of Civil Engineers of Madrid in 1951, and received his PhD from the Universidad Politécnica de Madrid en 1960.

Calvo-Sotelo served as the President of RENFE from 1967 to 1968 and as the Managing director of the Unión Explosivos Riotinto, S.A. in 1971. He also presided over the Ortega y Gassett Foundation and has held many other important management positions.

Calvo-Sotelo was active in politics from a very young age as a member of the Monarchic Youths and founder of the Tacit Group. From 1971 to 1975, he worked as an attorney in the Spanish Parliament representing the National Union of Chemical Industries.

From 1975 to 1976, he served as Minister of Trade in the first Government after Franco. He occupied various positions in the administration of Adolfo Suárez including Minister of Public Works, Minister of Relations with the European Economic Community, and second Vice-President of Economic Affairs.

Following Suárez’s resignation, Calvo-Sotelo was named Prime Minister. During his inauguration on February 23rd, 1981, lieutenant colonel Tejero attempted a military coup d’état, storming the Parliament with several armed constabularies. After the failure of the coup attempt, Calvo-Sotelo assumed the position of Prime Minister, which he held until 1982. He resigned from active politics in 1996.

During Calvo-Sotelo’s mandate, the most important decision was the membership of Spain to the North Atlantic Treaty Organization (NATO), signed on 10 December 1981. Beside this, as Minister of Relations with the European Economic Community, he managed to re-establish for good the negotiations for entry into the Common Market; and as President of the Government, signed the treaty that would eventually lead to the membership of Spain into the EU, effective during Felipe Gonzalez’s membership.