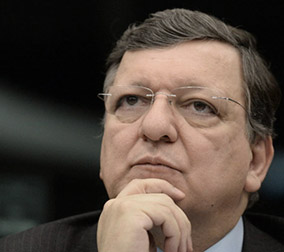 Born on March 23rd, 1956, Lisbon, Portugal. After receiving a law degree at the University of Lisbon (1978), Barroso continued his studies at the University of Geneva, where he earned a European studies degree and a master’s degree (1981) in political science. Barroso joined Portugal’s centre-right Social Democratic Party (Partido Social Democrata; PSD) in 1980. When the party’s Aníbal Cavaco Silva was elected prime minister in 1985, he appointed Barroso undersecretary of state for the home affairs ministry. Two years later Barroso moved to the secretary of state for the ministry of foreign affairs, before his promotion to minister of foreign affairs. He lost that post after the PSD’s 1995 defeat by Portugal’s Socialist Party, but he rose to party president in 1999. He was continually reelected—while simultaneously serving as vice president of the European People’s Party—until the 2002 parliamentary elections, which returned the PSD to power and made Barroso prime minister of Portugal. In 2004 Barroso resigned from the Portuguese government to accept the post of president of the European Commission, the main executive body of the European Union. In 2009 the European Parliament approved a second five-year term for Barroso.