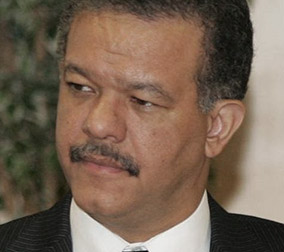 PhD in Law from the Autonomous University of Santo Domingo (1978).

Fernández is currently a practicing lawyer at Fernández and Partners law firm. He has also taught at the Autonomous University of Santo Domingo.

Fernández became involved with politics at a young age. He was an outstanding student leader, and held the General Secretariat of the Students’ Association of the Faculty for Judicial and Social Sciences of the Autonomous University of Santo Domingo, in addition to actively taking part in the protests against the Balaguer regime. He founded the Party of Dominican Liberation (PLD) in 1973 and was a member of its Central Committee (1983) and Political Committee (1990), and later served as its Press Secretary and Secretary of International Relations.

In 1996, he won the Presidency of the Dominican Republic and held office until 2000. During his Presidency, Fernández began dynamic and aggressive policies that reinserted the Dominican Republic into the international sphere and brought it out of its traditional isolation, thus beginning processes of regional integration, open markets, and globalization.

Fernández is currently President of the World Fund For Democracy and Development, and President of the Club of Executives of the United States of the Caribbean, organized by the Center for Strategic and International Studies (CSIS) in Washington. In addition, he is Advisor to the Freely-Elected Heads of Government at the Carter Center, contributing member of Foreign Affairs Magazine Spanish Edition, a Member of Inter-American Dialogue, and a member of the Circle of Montevideo. He remains President of the PLD.

Fernández is the recipient of Doctorates Honoris Causa from the universities of Sorbona, Harvard, Pedro Henríquez Ureña, Seton Hall, Santiago de Chile, and Stevens Institute of Technology. He is the author of numerous books, including Los Estados Unidos en el Caribe: De la Guerra Fría al Plan Reagan and Raíces de un Poder Usurpado. In addition, he has collaborated with various national and foreign newspapers regarding issues of communication, culture, history and law.