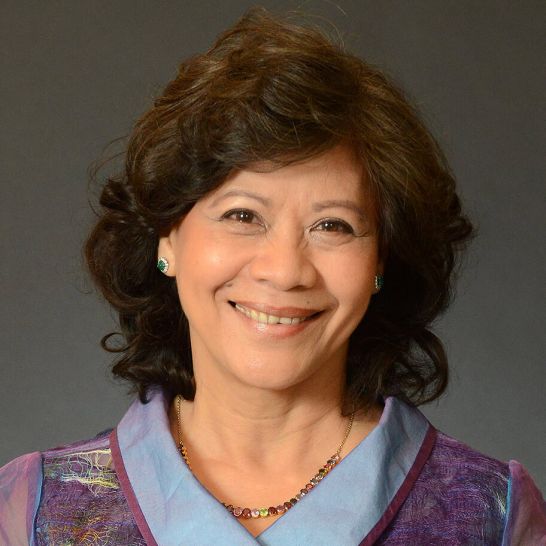 United Nations Special Envoy on Myanmar. Executive Secretary of the United Nations Economic and Social Commission for Asia and the Pacific (2007-2014)

Dr. Noeleen Heyzer, a social scientist, was Under-Secretary General of the United Nations (2007-2015). She was the first woman to serve as the Executive Secretary of the UN Economic and Social Commission for Asia and the Pacific since its founding in 1947. Under her leadership (Aug 2007-Jan 2014), the Commission focused on regional co-operation for a more resilient Asia-Pacific, founded on shared prosperity, social equity, and sustainable development. She was at the forefront of many innovations including for regional disaster preparedness, inclusive socio-economic policies, sustainable agriculture and urbanization, energy security and regional connectivity. She was the first woman from outside North America to head the United Nations Development Fund for Women (UNIFEM) becoming its longest serving Executive Director for 13 years (October 1994–August 2007). She was widely recognized for the formulation and implementation of Security Council Resolution 1325 on Women, Peace, and Security, and undertook extensive missions to conflict-affected countries worldwide. She was also the United Nations Secretary General ’s Special Adviser for Timor-Leste, working to support peace-building, state-building, and sustainable development in fragile states.

Dr. Heyzer was a founding member of several international women’s networks and has served on numerous boards and advisory committees of international organizations, including the UNDP Human Development Report, the High-level Commonwealth Commission on Respect and Understanding chaired by Nobel Laureate Prof. Amartya Sen, appointed a jury member of US, Secretary of State Hillary Clinton’s Innovation Award for Women’s and Girl’s Empowerment, 2010, and on the Board of Trustees of the National University of Singapore.

She has received numerous awards for leadership, including the Dag Hammarskjold Medal in 2004, for her work on Women, Peace and Security. The First International Recipient of the Aletta Jacobs Prize (March, 2014), University of Groningen, Netherlands, The Woman of Distinction Award (2003) from the UN-NGO Committee on the Status of Women, New York, USA. She was the first woman to receive the Eminent Alumni Award from the National University of Singapore and was inducted into the Hall of Fame, Singapore, 2014.

She holds a BA Hons and a MSc from Singapore University, a PhD from Cambridge University.