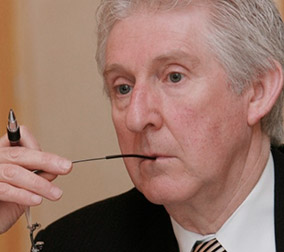 Board Of Directors Of Constituents Foundations

At present Dr. Jones is Vice President and Executive Director of the Gorbachev Foundation of North America and Professor of Sociology and Anthropology, since 1993 at Northeastern University.

He holds a doctorate from Princeton University in Sociology and is interested in the study of the former socialist societies, with special emphasis on Russia. His current research is on education and economic development. He is also a fellow at Harvard University’s Russian Research Center, is the editor of three journals.

He is the author (with W. Moskoff) of Koops: The Rebirth of Entrepreneurship in the Soviet Union (Indiana University Press) and the editor of Soviet Social Problems (Westview Press),  Professions and the State (Temple University Press), Perestroika and the Economy (Sharpe Publishers), In Search of Pluralism (Westview Press), The Great Market Debate in the Soviet Economy (Sharpe Publishers), and Education and Society in the New Russia (Sharpe). He is currently writing a book on the legacy of the Gorbachev period, and one on Russia’s new capitalists.