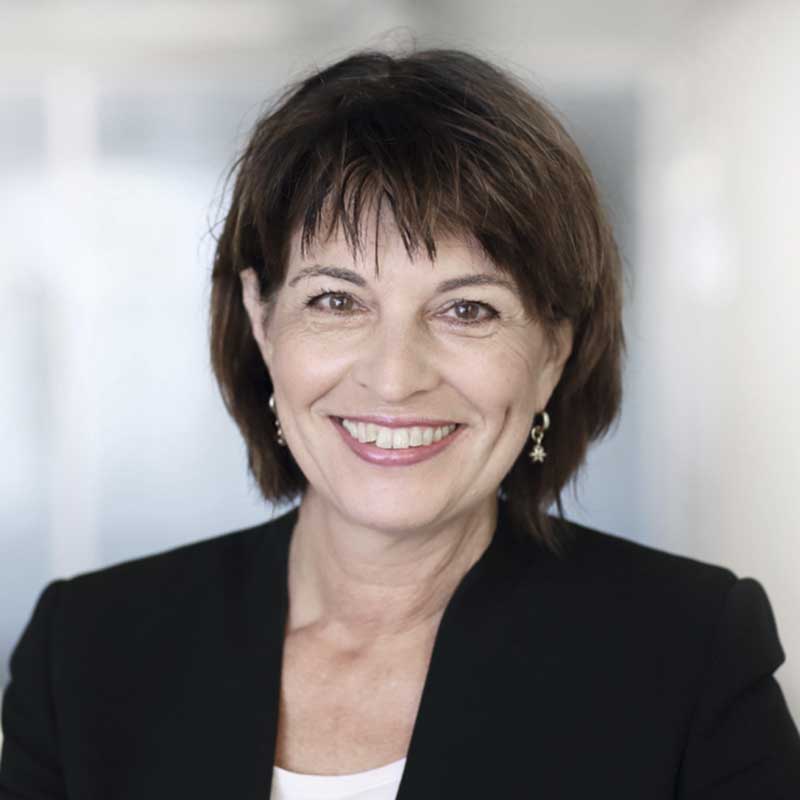 Doris Leuthard was the President of Switzerland in 2010 and 2017.

Born in 1963, Doris Leuthard studied law at the University of Zurich and completed language and study courses in Paris and Calgary. She was a partner in a law firm before entering politics.

President Leuthard was head of the Federal Department of Economic Affairs (FDEA) from August 2006 to October 2010. During this time, she was responsible for the labour market, vocational education and training, technology, innovation, agriculture, housing, national economic supply and trade policy. She represented Switzerland at international organisations including the WTO, OECD, FAO and the World Bank and chaired the EFTA Council.

In 2009, Ms Leuthard was elected Vice President of the Swiss Confederation assuring her election as president for the calendar year 2010. Following a reshuffle of portfolios after the by-election of two new councillors in 2010, Leuthard replaced outgoing Moritz Leuenberger at the head of the Federal Department of Environment, Transport, Energy and Communications. In her capacity as minister, she was appointed by United Nations Secretary General António Guterres in 2018 to the High-level Panel on Digital Cooperation.

Since 2021, she serves as Vice- Chariwoman of the Board of Directors at Coop Group Cooperative.