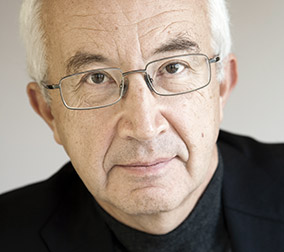 Professor Alexander Likhotal is a professor at the Geneva School of Diplomacy and International Relations (since 2016).

In addition to an academic career he served as a European Security analyst for the Soviet Union leadership (Head of the International Security section and later the Head of the Consultant’s group — the elite foreign policy analysts and speechwriters group working for the top national leadership at the International Department of the Central Committee of the CPSU) and was Deputy Spokesman and Advisor to the President of the USSR, Mikhail Gorbachev (1989 -1991).

From 1996 to 2016 he worked for the Geneva based Green Cross International – international environmental NGO – first in the capacity of Vice-President and later President of the organisation contributing to its development until his retirement in 2016.

He was a visiting professor at the Northeastern University, Boston, USA (1996-1998), Chubu University, Kasugai, and Temple University, Tokyo, Japan (2017), Research Associate at the institute of European Studies of the Russian Academy of Sciences in Moscow (1992 – 1997) and Associate Editor of Security Dialogue Journal, Oslo, Norway (1994-2000). He is the author of several books and numerous articles.

A.Likhotal contributed to many international conferences. His talks on political matters were highly estimated at Princeton University and in the New York Foreign Policy Association, at Cambridge and Oxford Universities (UK), Max Planck Society and Kiel Institute for the World Economy (Germany) at the Nobel Laureates Conferences, at CERN and many other think tanks and institutions.

A.Likhotal is married, has a daughter. He resides in Geneva and has dual citizenship – Russian and Swiss.