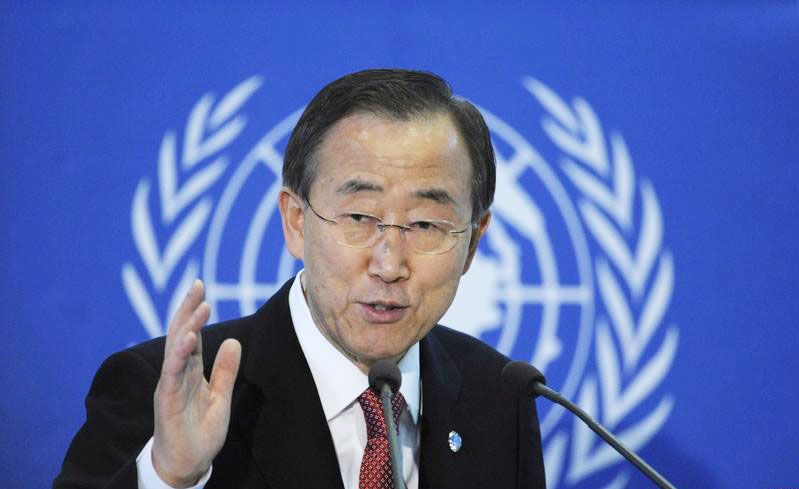 Ban Ki-moon was the eighth Secretary-General of the United Nations. His priorities have been to mobilize world leaders around a set of new global challenges, from climate change and economic upheaval to pandemics and increasing pressures involving food, energy and water. He has sought to be a bridge-builder, to give voice to the world’s poorest and most vulnerable people, and to strengthen the Organization itself.

“I grew up in war”, the Secretary-General has said, “and saw the United Nations help my country to recover and rebuild. That experience was a big part of what led me to pursue a career in public service. As Secretary-General, I am determined to see this Organization deliver tangible, meaningful results that advance peace, development and human rights.”

One of the Secretary-General’s first major initiatives was the 2007 Climate Change Summit, followed by extensive diplomatic efforts that have helped put the issue at the forefront of the global agenda. Subsequent efforts to focus on the world’s main anti-poverty targets, the Millennium Development Goals, have generated more than $60 billion in pledges, with a special emphasis on Africa and the new Global Strategy on Women’s and Children’s Health. At the height of the food, energy and economic crises in 2008, the Secretary-General successfully appealed to the G20 for a $1 trillion financing package for developing countries and took other steps to guide the international response and protect the vulnerable and poor.

The Secretary-General pressed successfully for the creation of UN Women, a major new agency that consolidates the UN’s work in this area. His advocacy for women’s rights and gender equality has also included the “Unite to End Violence against Women” campaign, the “Stop Rape Now” initiative, the creation of a “Network of Men Leaders” and the establishment of a new Special Representative on Sexual Violence in Conflict. Within the UN itself, the Secretary-General has increased the number of women in senior management positions by more than 40 per cent, reaching the highest level in the Organization’s history.

Ban Ki-moon has sought to strengthen UN peace efforts, including through the New Horizons peacekeeping initiative, the Global Field Support Strategy and the Civilian Capacity Review, a package of steps to improve the impact of the 120,000 United Nations “blue helmets” operating in the world’s conflict zones. A mediation support unit, along with new capacity to carry out the Secretary-General’s good offices, have been set up to help prevent, manage and resolve tensions, conflicts and crises. Accountability for violations of human rights has received high-level attention through inquiries related to Gaza, Guinea, Pakistan and Sri Lanka, legal processes in Lebanon and Cambodia, and advocacy for the “responsibility to protect,” the new United Nations norm aimed at prevent and halt genocide and other grave crimes. He has also sought to strengthen humanitarian response in the aftermath of mega-disasters in Myanmar (2008), Haiti (2010) and Pakistan (2010), and mobilized UN support for the democratic transitions in North Africa and the Middle East.

Mr. Ban has sought to rejuvenate the disarmament agenda through a five-point plan, efforts to break the deadlock at the Conference on Disarmament and renewed attention to nuclear safety and security in the aftermath of the tragedy at the Fukushima Daiichi Nuclear Power Plant.

The Secretary-General has introduced new measures aimed at making the United Nations more transparent, effective and efficient. These include heightened financial disclosure requirements, compacts with senior managers, harmonization of business practices and conditions of service, the adoption of International Public Sector Accounting Standards, and continued investments in information technology and staff development.

The Secretary-General was born in the Republic of Korea on 13 June 1944. He received a bachelor’s degree in international relations from Seoul National University in 1970. In 1985, he earned a master’s degree in public administration from the Kennedy School of Government at Harvard University.

At the time of his election as Secretary-General, Mr. Ban was his country’s Minister of Foreign Affairs and Trade. His 37 years of service with the Ministry included postings in New Delhi, Washington D.C. and Vienna, and responsibility for a variety of portfolios, including Foreign Policy Adviser to the President, Chief National Security Adviser to the President, Deputy Minister for Policy Planning and Director-General of American Affairs.

Mr. Ban’s ties to the United Nations date back to 1975, when he worked for the Foreign Ministry’s United Nations Division. That work expanded over the years, with assignments that included service as Chairman of the Preparatory Commission for the Comprehensive Nuclear Test Ban Treaty Organization and Chef de Cabinet during the Republic of Korea’s 2001-2002 presidency of the UN General Assembly. Mr. Ban has also been actively involved in issues relating to inter-Korean relations.

Ban Ki-moon and his wife, Madam Yoo (Ban) Soon-taek, whom he met in high school in 1962, have one son, two daughters and three grandchildren.

Since 2007, Mrs. Ban has devoted her attention to women’s and children’s health, including autism, the elimination of violence against women, and the campaign to prevent mother-to-child transmission of HIV/AIDS.