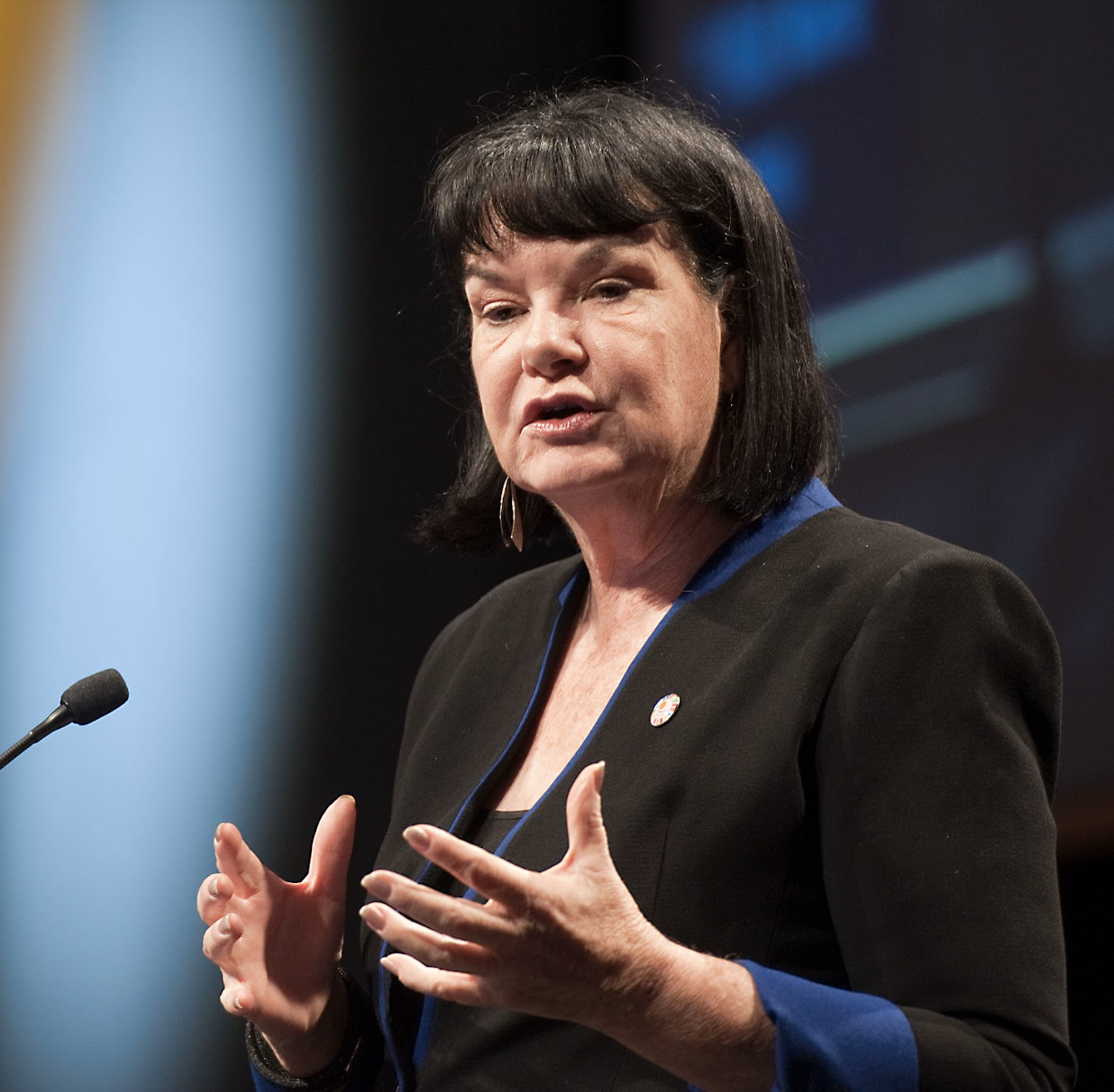 Sharan was born in 1954 in Warren, a small town in western NSW, into a family with a long history of involvement in unions and the struggle to improve the lives of working people.

Her great, great grandfather participated in the shearers’ strike of 1891/92, becoming one of the first organisers for the Australian Workers’ Union and standing for the state seat of Cobar for the fledgling Australian Labor Party in 1896.

Sharan studied teaching at the University of NSW in 1976 and began her teaching career in high schools around country NSW.

In May 2000, Sharan Burrow became the second woman to be elected President of the Australian Council of Trade Unions (ACTU).

She has also served as a member of the Governing Body of the International Labour Organisation and is a member or ambassador of a number of international commissions on climate action, industrial transition and economic reform.

Sharan Burrow was re-elected General Secretary of the ITUC at its 3rd Congress, in Berlin, May 2014 and at its 4th Congress, in Copenhagen, December 2018.