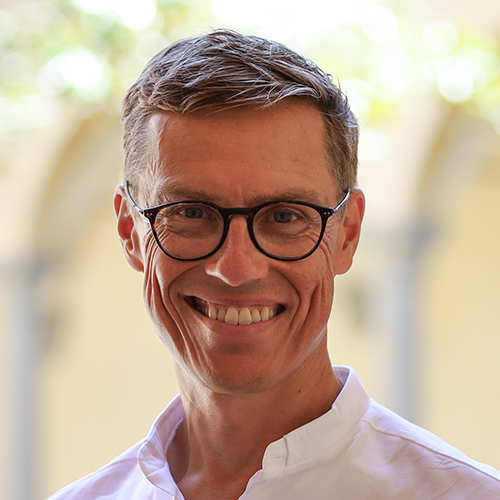 Alexander Stubb is a former Prime Minister of Finland (2014-2015). Mr Stubb is an avid pro-European with experience across various EU institutions (European Council, European Parliament, European Commission). He was involved in the negotiation of the Treaties of Amsterdam, Nice and Lisbon.

Born in Helsinki, Finland in 1968.  He holds a Doctorate of Philosophy in International Politics from London School of Economics and is a graduate of the College of Europe (Bruges), having completed an MA in Political Science. He was later invited as a visiting Professor at the College of Europe from 2000 – 2007.  Alexander Stubb is Director and Professor at the School of Transnational Governance at the European University Institute in Florence.

He worked as an adviser at the Finnish Ministry for Foreign Affairs in Helsinki and in Brussels, and in President Romano Prodi’s team at the European Commission (1995-2004). He was a Member of the European Parliament from 2004 to 2008. Between 2008 and 2016, Alexander Stubb has held various positions within the Finish Government, including Minister of Foreign Affairs, Minister for European Affairs and Trade, Minister of Finance and  Prime Minister. He was also a member of the Finnish Parliament from 2011 to 2017. PM Stubb was the Chairman of the National Coalition Party (Kokoomus) from 2014 to 2016 and Vice President of the European Investment Bank (EIB) from 2017 to 2020.

As of 2022, he is a member of the Board of Trustees for the International Crisis Group. He has written a number of books and academic articles on European Politics, and is a columnist for Financial Times since 2016. PM Stubb speaks five languages: Swedish, Finnish, English, French and German. He is a supporter of multiculturalism and has been the Patron for Helsinki’s Pride parade, in support of same-sex marriage. He is a sport enthusiast, regularly taking part in marathons and triathlons.