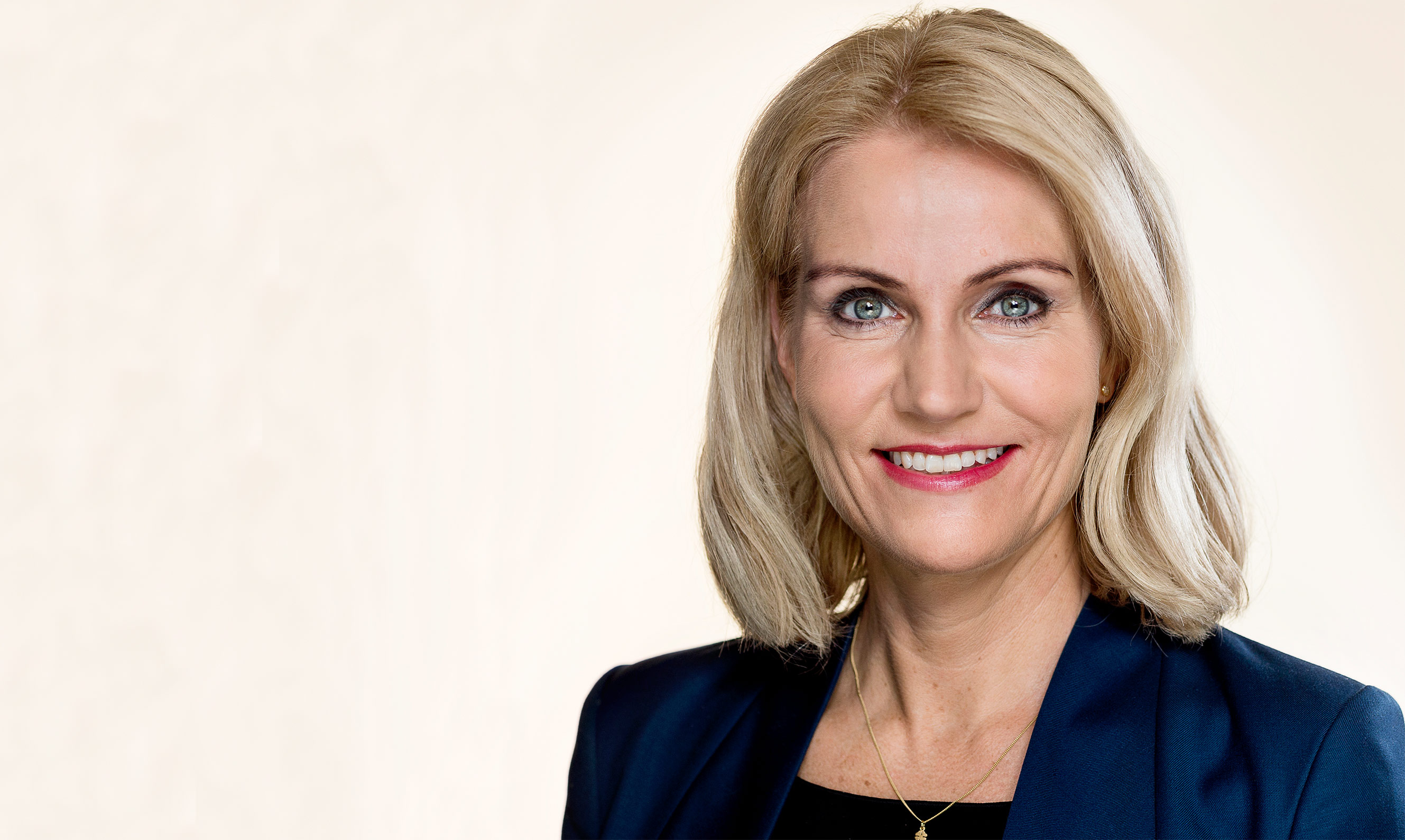 Helle was member of Danish Parliament and the Leader of the Social Democratic Party for 10 years. Prior to her time as Prime Minister, she was a member of the European Parliament from 1999 to 2004, and previously worked as an international adviser to the Confederation of Trade Unions. As the Prime Minister of Denmark, she led a coalition government from 2011 until 2015, successfully steering Denmark through a difficult period of transition after the global financial crisis.

Throughout her career Helle has been deeply engaged with a range of significant national, European and global issues. She now contributes her insights and expertise, as a board member to several influential international advisory groups and think-tanks, including: The European Council for Foreign Relations, the International Crisis Group, the Schwab Foundation for Social Entrepreneurship, the Every Woman, Every Child Global Strategy UN Advisory Group, the Scaling Up Nutrition Movement, the Centre for Global Development European Advisory Group.