A tribute to Asma Jahangir, a champion for the disenfranchised

The prominent human rights defender died at the age of 66. Now we are saddened, but tomorrow, and always, will be inspired by her example.

“Asma Jahangir showed great courage in standing up for human dignity and rights. She will be greatly missed” wrote on Twitter our Member from New Zealand, former Prime Minister Helen Clark. That was just one out of thousands of reactions from all over the world praising a woman that fought hard for other women, for a person that fought hard for the rights of all of us.

“We have lost a human rights giant,” says UN Secretary-General @antonioguterres, at the death of human rights expert Asma Jahangir.
“Asma was brilliant, deeply principled, courageous and kind […] She will not be forgotten.” https://t.co/qZfbqycxrp

As a lawyer in her home country, Pakistan, she firmly stood against the military. She was once arrested during Zia’s time, survived an assassination attempt, and routinely got death threats. However, Asma Jahangir never stopped advocating for democracy, women’s rights, inclusion and interreligious tolerance and peace.

This was 1 of @Asma_Jahangir last tweets, a champion 4 the disenfranchised, 4 #HumanRights 4 all. Courageous & principled, she spoke truth 2power. Today, we are saddened by her loss but will always be inspired by her example @UNHumanRights @HelenClarkNZ @BiteSizeChunks @VairaVF https://t.co/dwBHhBeE4D 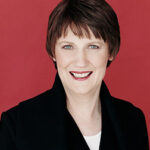 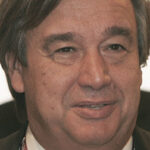