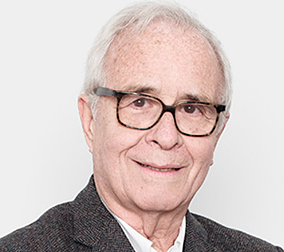 Ph D in Sociology from the Complutense University and Oxford.

José María Maravall has been deputy for the Socialist Party and Minister of Education and Science from 1982 until 1988. He is currently Professor of Sociology at the Complutense University of Madrid. His works are focused on two main issues: elections, political conditions that enable the citizenry to oversee government’s activities; and comparative sociology of economic politics.

Mr Maravall was the Coordinator of the group “Economics and Social Conditions” at the Conference on Democratic Transition and Consolidation” in 2001. He has published a number of works on the influence that regime change and ideologies have over economic politics, exploring the experiences of recently democratized European countries. He has also conducted investigations on labor movements along with political and social theory issues and the impact that economic performance has on popular support for governments and democratic systems.

He has published articles on elections, government accountability, internal democracy within parties, and judicial control in democratic systems. His research has focused on political transition in Spain and political changes in Eastern and Central European countries. Regarding these changes, Mr Maravall is particularly interested on political agents’ strategies, and the evolution of party and party systems.

José María Maravall is Honorary Fellow of St. Anthony’s College at Oxford University, Doctorate honoris causa from Warwick University, where he has been numerary professor. He has also been visiting professor at the universities of Columbia (Edward Laroque Tinker Professor), Harvard (Center of European Studies), New York (Juan Carlos I Professor), and the European University Institute of Florence (Jean Monnet Professor). In addition, he is a member of the Research Council of the European University Institute.

Mr Maraval is the author of several books including Dictatorship and Political Dissent (1978); The Transition to Democracy in Spain (1982); (co-author with L.C. Bresser and A. Przeworski) Economic Reforms in New Democracies (1993); Regimes, Politics, and Markets (1997) and (co-editor with A. Przeworski) Democracy and the Rule of Law (2003); The control of politicians  (2003).