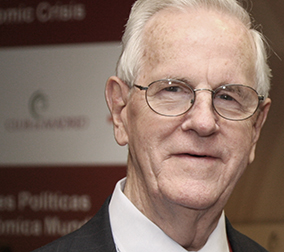 A well-known entrepreneur, Mr. Matthews has been instrumental in the founding of over thirty business ventures.  A founder of the United States Football League, Mr. Matthews was the owner of the Boston Breakers Football Club.

Also, Mr. Matthews is Chairman of the Gorbachev Foundation of North America, which he founded with the former President of the Soviet Union, Mikhail S. Gorbachev.