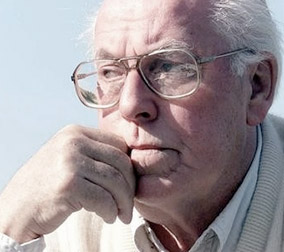 A vocal opponent of the Soviet occupation, Meri founded the Estonian Institute in 1988 with branches in various major Western European cities to act as de facto embassies for Estonia until it formally achieved its transition. After Estonia’s first free elections in 1990, Meri entered politics and was appointed Foreign Minister that year.

As Minister of Foreign Affairs, he participated in the CSCE Conferences in Copenhagen, New York, Paris, Berlin and Moscow, in the foundation conference of the Council of the Baltic Sea Countries, and was the first East European guest to give a presentation at the NATO Headquarters in Brussels.

After Estonia became independent in 1991, Meri was appointed Ambassador to Finland in 1992. He then ran for president as head of Isamaa (Fatherland), a nationalist coalition party dedicated to preserving Estonian culture. No candidate received a majority of the votes, and Meri placed second. The Parliament, however, was dominated by parties aligned with Isamaa, and elected him president on October 5, 1992.

As President, he played an active role in Estonian politics and foreign relations. In 1994 he forged an agreement with Russian President Boris Yeltsin on the withdrawal of the remaining Russian troops from Estonia. In 1996, he was reelected for a second five-year term which ended in 2001. During his two-terms in office led Estonia towards membership in the European Union and NATO.

The politics of the Soviet Union did not allow him to work as a historian, so Meri found work as a dramatist in the Vanemuine, the oldest theatre of Estonia, and later on as a producer of radio plays in the Estonian broadcasting industry. Several of his films were released to great critical acclaim.

While working as a writer and a politician, Meri was also a Foreign Member of the Kalevala Society, Member of the Board of the International Council of the Memorial Foundation for the Victims of Communism and Member of the Inter-Parliamentary Council against Anti-Semitism.