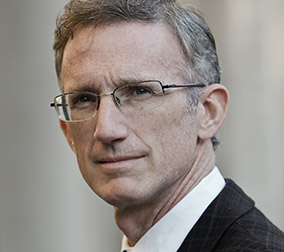 Ted Piccone is the Charles W. Robinson Chair and Senior Fellow in the Project on International Order and Strategy and Latin America Initiative in the Foreign Policy program at the Brookings Institution. He currently serves as the inaugural fellow of the Brookings-Robert Bosch Foundation Transatlantic Initiative in Berlin. His research is focused on global democracy and human rights policies; U.S.-Latin American relations, including Cuba; emerging powers; and multilateral affairs. Previously, he served as the Foreign Policy program’s acting vice president and director from 2013 to 2014 and deputy director from 2008 to 2013.

He was the Executive Director and Co-Founder of the Democracy Coalition Project, a research and advocacy organization working to promote international cooperation for democracy around the world.  In November 2002, the Project released Defending Democracy: A Global Survey of Foreign Policy Trends, a first-ever assessment of democracy promotion policies of 40 governments around the world.  The Project monitors efforts by democratic governments to promote democracy and human rights through international initiatives like the Community of Democracies, and produces a regular scorecard of United Nations voting patterns on human rights issues.  Mr. Piccone also served as the Washington Office Director of the Club de Madrid, an association of 70 former heads of state and government engaged in efforts to strengthen democracy.

Previously, Mr. Piccone served eight years as a senior foreign policy advisor in the Clinton Administration.  He was the Associate Director of the Policy Planning Staff for Secretary of State Madeleine Albright (1998-2001), Director for Inter-American Affairs at the National Security Council (1996-98), and Policy Advisor in the Office of the Secretary of Defense (1993-1996).  Mr. Piccone also served as Counsel for the United Nations Truth Commission in El Salvador and as Press Secretary to U.S. Rep. Bob Edgar.

Piccone is the author or editor of multiple volumes and articles, including his most recent book, “Five Rising Democracies and the Fate of the International Liberal Order” (Brookings Institution Press, 2016).

Mr. Piccone has written and published articles on transitional justice, international organizations, and democracy promotion policy.  His most recent publications include Strategies for Democratic Change: Assessing the Global Response (June 2006, edited with Richard Youngs); a chapter on “International Mechanisms to Protect Democracy,” in Protecting Democracy: International Responses (Lexington Books, 2004); and Regime Change by the Book: Constitutional Tools to Preserve Democracy (2004).  He has lectured frequently at academic institutions including the U.S. Army War College, Johns Hopkins University and Amherst College.  He speaks regularly at international conferences on issues of globalization, democracy promotion and foreign affairs.