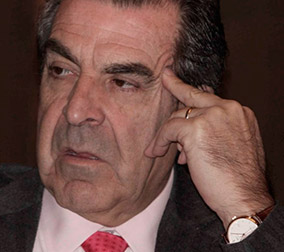 Degree in Civil Engineering with a specialization in Hydraulics, University of Chile and course work in Technical Management Administration in Italy (1969).

Worked for the Sigdo Koppers, S.A. engineering company until 1988.

Frei began his political career by joining the Christian Democratic Party in 1958. A student leader in the University of Chile, he actively participated in his father Eduardo Frei Montalva´s political campaign that won him the Presidency of the Republic in 1964. After his father’s death in 1982, Frei was among the founders of the Eduardo Frei Montalva Foundation which he presided over until April, 1993.

During the Pinochet years, he helped initiate the Pro free-Elections Committee and actively took part in the campaign against the plebiscite summoned by the Pinochet regime in 1988. In 1989 he was elected to the Senate, where he presided over the Finance and Budget Commissions and was a member of the Housing Commission.

In 1991, Frei headed the Commission on Civil Security of the Christian Democratic Party and assumed its presidency later that year. He became President of Chile in 1994. During his Presidency, Frei worked to modernize the Chilean economy and integrate Chile into the international community. He signed free-trade treaties with Canada, Mexico and various Central American countries. His administration presided over Chile’s entrance into MERCOSUR, the World Trade Organization and APEC, and made reforms to the 1980 Constitution. Additionally, the Frei government helped reduce poverty and advance education and healthcare in Chile.

Frei is a Senator for Life in Chile.

Frei is the recipient of numerous civil awards and several Doctorates Honoris Causa.