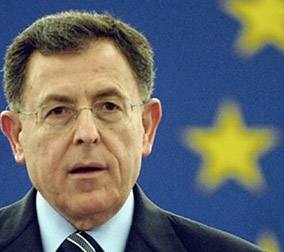 Mr. Siniora graduated in Business Administration from the American University in Beirut.

Fuad Siniora started his career in Citibank in the 1970s, while teaching at the American University in Beirut. He joined the audit committee at Lebanon’s Central Bank in 1977 and in 1982 was recruited by the successful businessman Rafik Hariri to help him manage and expand his business empire.

Upon the end of Lebanon’s Civil War, Hariri became Lebanon’s Prime Minister and appointed Siniora as his Minister of Finance in the two cabinets he led (1992-1998 and 2000-2004).

In November 2006, following the resignation of Shiite ministers backed by Hezbollah and Amal, the Government underwent a profound crisis – the Lebanese opposition claiming that this resignation meant that the Siniora Government was not a legitimate one as it did not represent all religious groups in Lebanon, namely the Shiite Lebanese. With the end of Emile Lahoud’s presidential term in 2007, Fuad Siniora combined his work as Prime Minister with that of Acting President of the Republic.

The crisis was prolonged during almost two years, until majority and opposition leaders signed the Doha Agreement which promised the minority veto power and led to the election of President Michel Suleiman. The Siniora government eventually resigned once Suleiman was effectively elected – on 25 May 2008.