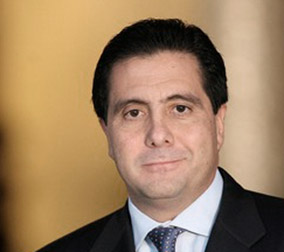 Education: Martín Torrijos received his B.A. in Economics and Political Science from Texas A&M University in College Station, Texas, and is a graduate from St. John’s Military Academy.

Martín Torrijos assumed a significant role amongst the youth within the Partido Revolucionario Democrático (PRD) and served as Deputy Minister of Interior and Justice from 1994 to 1999 during the Ernesto Pérez Balladares Presidency. During his time as Deputy Minister he handled matters involving national security, public transport, communications, as well as a modernization of the national penitential system.

Martín Torrijos’ presidency is characterized by his international agency in combination with local development and a focus on combating unemployment, extreme poverty, and fighting corruption and organized crime.

He has visited Cuba on several occasions as President, his last trip being in 2008.