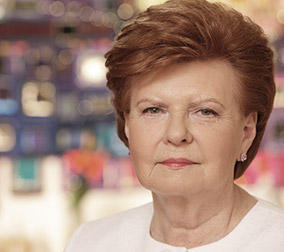 She was Special Envoy on the United Nations reform and official candidate for UN Secretary General in 2006, Vice-chair of the Reflection group on the long-term future of Europe, and Chair of the High-level group on freedom and pluralism of media in the EU in 2011-12, as well as a member of two High-level groups on European security and defence in 2015 and of the Team of Advisors to UN ECOSOC on UN development in 2016.

Dr. Vike-Freiberga is a former professor and interdisciplinary scholar at the University of Montreal, has published 17 books and over 200 articles, in addition to her extensive speaking engagements. She is member of 26 international organisations and five Academies, as well as Honorary Fellow at Wolfson College, Oxford University. After a distinguished career as Professor of psychology and international scholar at the University of Montréal, she returned to her native country in 1998 to head the Latvian Institute.