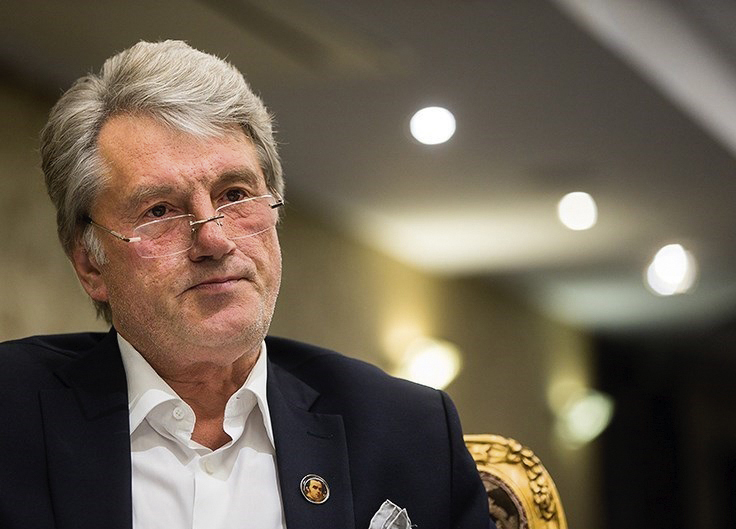 Date and Place of Birth

Viktor Yushchenko graduated from the Ternopil Finance and Economics Institute in 1975.

Mr. Yushchenko began his career in the banking sector in the mid 1970s. In 1983, he became the Deputy Director for Agricultural Credit at the Ukrainian Republican Office of the USSR State Bank. From 1990 to 1993, he worked as Vice-Chairman and First Vice-Chairman of the JSC Agroindustrial Bank Ukraina. In 1993, he was appointed Chairman of the National Bank of Ukraine.

In December 1999, Ukrainian President Leonid Kuchma unexpectedly nominated Viktor Yushchenko Prime Minister after the Parliament failed by one vote to ratify the previous candidate, Valeriy Pustovoytenko. However, in 2001, Mr. Yuskchenko resigned from his position after losing a no-confidence vote by the Parliament organized by the opposition.

In 2002, Viktor Yushchenko became the leader of the “Our Ukraine” political coalition (Nasha Ukrayina). Since his term as Prime Minister, he had slightly modernized his political platform, adding social partnership and other liberal slogans to older ideas of European integration, including Ukraine’s joining NATO and fighting corruption.

In 2004, as President Kuchma’s term came to an end, Viktor Yushchenko announced his candidacy for the Presidency as an independent. The presidential campaign turned out to be rather violent, and there were several allegations of electoral fraud. Viktor Yushchenko and his supporters therefore also refused to recognize the end results. After thirteen days of massive popular protests in Kiev and other Ukrainian cities that became known as the Orange Revolution, the Supreme Court overturned the election results and ordered a re-vote of the run-off election to be held on 26 December 2004. Viktor Yushchenko finally won the elections with 52% of the vote, thereby becoming Ukraine’s new President. His presidential mandate ended in January 2010.