PM Han Seung-soo addressed the need of “reducing costs rapidly and speeding up the introduction of new sustainable technologies to the market. This is particularly important in a time of economic downturn which has direct consequences on private investments and national budgets”. Han Seung-soo also explained that “the world is approaching a tipping point in the development of energy technologies that could generate increases in energy productivity on a scale not seen since the Industrial Revolution”.

PM Lubbers focused on PV operating capacity in his speech saying that “There is now enough PV operating to meet the household electricity needs of nearly 70 million people at the European level of use. Solar power installations are growing more than 40 percent annually and falling PV prices are making solar power more affordable”.He also afirmed that “the International Energy Agency (IEA) estimates that world PV capacity will more than triple by 2018 to 308,000 megawatts, at peak power, the generating equivalent of 300 large nuclear plants”.

The overall purpose of the Conference was to increase the understanding of successful innovations in the technical as well as in the social and socioeconomic fields. The conference focused on issues such as sustainable innovation systems, the transition of the company during the revolution and the story of the employees after it, the relationship inside the triangle of Standard Oil, Rockefeller, the Rothschild family and BraNobel.

The specific focus of this conference was on the Geopolitical realities during the first azeri oil boom and the consequences of BraNobel’s nationalization for the world oil industry. Therefore, the conference was history, present and essentially forward-looking. 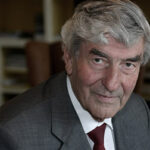