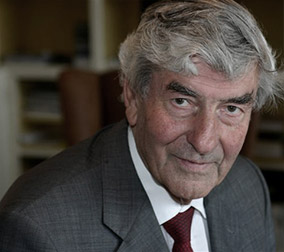 Mr. Lubbers went to Cansius School in Nimega and studied Economics at the Erasmus University Rotterdam. The title of his thesis “The influence of differing productivity trends in various countries on the current account of the balance of payments” shows that he was interested in monetary affairs. Mr. Lubbers planned an academic career but because of familiar circumstances, he had to join his brother in the management of Hollandia B.V. the family-owned company.

After being manager of Hollandia, Mr Lubbers continued to assume many posts in the same sector; he became President of the Catholic Businessmen in the metal industry’s Organization.

Then, he was member of the Catholic People´s Party (KVP) and became Senior Deputy Parliamentary Leader of the Christen Democratic Alliance (CDA).

Since 1992, he taught Globalization at the University of Tilburg, sharing his time with many other jobs, including, the post of International President of WWF.

On January 2001, and until 2005, he became United Nations High Commissioner for Refugees.

Once he retired he devoted a lot of time on chairing the Energy Research Centre in the Netherlands, which is about energy saving, renewable energy, clean fossils (climate change) and Atoms for Peace (nuclear technology) and the Rotterdam Climate Initiative.