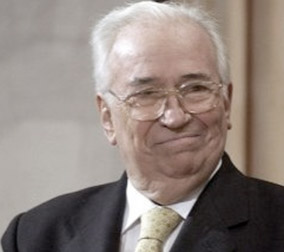 PhD in Law and Economics, Universidad Pontificia Bolivariana of Medellín (1947).

Betancur worked as a journalist and a professor throughout his political career. He wrote in several newspapers and he was the director of El Siglo. He was also the founder of the Tercer Mundo publishing company and the founder and first President of the National Association of Financial Institutions (ANIF).

Betancur began his political career as a Deputy to the Assembly of the province of Antioquia, where he served form 1945 to 1947. He  also served as a Representative to the National Chamber for the departments of Cundinamarca and Antioquia, and was a member of the National Constituent Assembly from 1953 to 1957.

Betancur was the Minister of Labor in 1963 and Ambassador of Colombia to Spain from 1975 to 1977. In 1982, he was elected President of the Republic and served until 1986. As President, he began the Grupo de Contadora por la Paz en Centroamérica, began democratic reforms by incorporating the principal armed movements into civil life, promoted low-cost housing and open universities, began a literacy campaign and endorsed tax amnesty

During his term, the government approved the mayoral election law, municipal and departmental reforms, judicial and congressional reforms, the television statute, the federal holiday law, and the new Código Contencioso Administrativo. His administration began the exploration and export of coal in the Cerrejón North region and the broadcast of the regional television channels Teleantioquia and Telecaribe.

Betancur was the recipient of Doctorates Honoris Causa from the Universities of Colorado and Georgetown, and the Prince of Asturias Peace Award (Spain). He was the author of numerous books and a member of the Colombian Academies of History, Jurisprudence and Language.