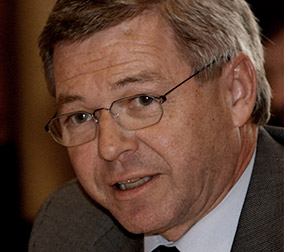 He was appointed Prime Minister again in October 2001 heading a coalition government between the Christian People’s Party, the Conservative Party and the Liberal Party. He served until 2005.

Once his mandate as Prime minister was over, Mr. Bondevik went on to found the Oslo Center for Peace and Human Rights in 2006.