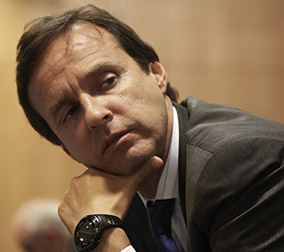 Upon completing his studies, Mr. Quiroga worked in the private sector for IBM, in Austin, Texas. In 1988 he returned to Bolivia where he worked for Mintec, a Bolivian mining company. He later became Vice-president of Projects and Investment at the Merchant Bank of Bolivia.

Quiroga began his political career when he joined the Acción Democrática Nacionalista (ADN) party. In 1989 he became Under-Secretary of Public Investment and International Cooperation at the Ministry of Planning and in 1992 he became Minister of Finance. Thereafter he was named governor of the World Bank, IFC and the IMF, as well as of the Andean Development Corporation (CAF).