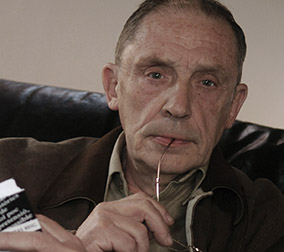 Place and date of birth

Law Degree from the University of Barcelona (Spain), 1959.

Immediately after graduating from university, he entered the family banking and industrial business, making his way to the top.

He began his political career in 1971, when he was elected a member of the General Council (the Andorran parliament). He was re-elected for another term in 1974. In 1973, following a motion submitted by Oscar Ribas and another member of parliament, the General Council passed the vote for women. He made a name for himself with his involvement in the movement for deep institutional reform.

Once the objective was achieved (the Co-Princes’ Decree in 1981), he became the first elected President of Government in the history of the Principality of Andorra. His policy centred on attaining economic and fiscal reform. Seeing that this was impossible to achieve, he presented his government’s resignation (1984).

In early 1990, after the triumph of the centre-right party Agrupament Nacional Democràtic (AND) in the elections, he was again elected President of Government. His policy again proposed economic and fiscal reform and, as a priority, the drafting of the first written constitution, in which the State was defined as an independent, democratic and social state under the rule of law. The internal struggles between constitutionalists and their opponents led to the General Council being dissolved in 1992 and new general elections were called.

Once the constitutionalist movement won, Oscar Ribas was again elected President of Government with one objective: to have the text of the constitution passed and put to referendum, a text which was approved, by a generous majority, in a popular referendum on 13 March 1993.

Elected President of Government again for a period of four years, his policy focussed on the need for deep economic and fiscal reform. When specific measures were presented to Parliament and submitted to a vote of confidence, the policy faltered. Having lost the confidence of the parliamentary majority, he appropriately presented his resignation from Government (1994).

Currently, and since 2009, he is a special ambassador with the mission of developing relations with Europe.

Since 2005, he has been a corresponding member of the Real Academia de Ciencias Económicas y Financieras (RACEF, Spain) and a member of the World Academy of Art and Science (2014).

In 2010, he was awarded the Legion d’Honneur by France, as a commandeur.

He is a member of the Club de Madrid and the Nizami Ganjavi International Centre (2014).