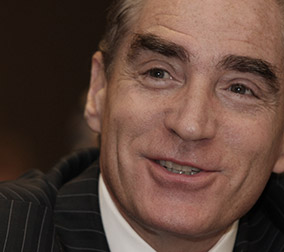 Place and date of birth:

Degree from the Electric Engineering College at Bucharest Polytechnic Institute (1968), Diplome d’Etudes approfondies at ENSEIHT Toulouse (1971), and doctoral studies and PhD at the Fluids Mechanics Institute at Paul Sabatier University in Toulouse, France (1974).

Roman has served as the Head of Hydraulics and Hydraulic Car Department, Faculty of Hydrotechnics, Bucharest Polytechnic Institute since 1985.

Roman has tirelessly served the country of Romania in a variety of political roles. The 21st of December 1989 he actively participated on the barricade against the Ceausescu’s dictatorship, which ended as the bloodiest and last repression act  of the communist regime. He was a founding member of the National Salvation Front and in 1989 became the first prime minister of the post-communist government, serving until 1991.

In 1992 he became a member of the Chamber of Deputies where he chaired the Defence Committee.  Subsequently, he served as a Senator and as Chairman of the Defence Committee from 1996 to 1999 and as the Minister of State and Foreign Affairs from 1999 to 2000.  He also served as the chairman of the Democratic Party of Romania from 1992 to 2001.  He was re-elected Senator in November of 2000 until 2004, and was elected member of the Chamber of Deputies in 2012.

Roman also served as Special Rapporteur to the North Atlantic Assembly from 1993 to 1996, and as the Acting President of the Parliamentary Assembly of the Black Sea Economic Cooperation from 1997 to 1998.

Roman is the author of numerous scientific and political works, including “Romania, Whereto?” (1995), and “Political Notebook: A Political Vision on Romania’s Development Strategy at the Threshold of Centuries” (2001).