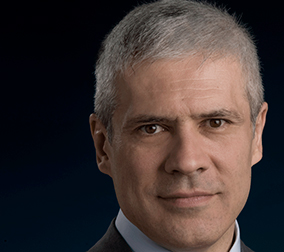 Date and Place of Birth

Boris Tadić began his political career as a student at the University of Belgrade, joining Serbia´s anti-communist dissident movement of the 1980´s at the cost of repeated political imprisonment. After graduating from the University of Belgrade, Mr. Tadić taught psychology and worked as a military clinical psychologist. In 1997, he founded the Centre for the Development of Democracy and Political Skills, an NGO specializing in political and civil education.

While serving as Minister of Defense, Mr. Tadić made dramatic reforms to the Ministry and the military, both of which displayed unique courage and leadership skills.  He was responsible for creating a rapid reaction force under the control of civilians, and his reforms of the Ministry brought it to comply with NATO regulations.  After the assassination of Zoran Đinđić in 2003 Mr. Tadić was chosen as the new leader of the Serbia´s Democratic Party in 2004, and later that year he won the general presidential elections.

As president of Serbia, Boris Tadić led the movement for a “new Serbia”, and revitalized Serbia´s role internationally.  Mr. Tadić encouraged the development of business within Serbia, and promoted regional trade within the Balkans.  Under his presidency, Serbia´s partnerships with the United States, Russia, China, and EU member states were strategically improved.  In 2007, Mr. Tadić made an official apology to Croatia for any crimes committed on Serbia´s part during the war with Croatia in the early 1990´s.  Boris Tadić´s presidency brought Serbia closer to membership in the European Union.

In 2008, Mr. Tadić received the Quadriga award for The Courage of Perseverance.  In March of 2009, Mayor Alberto Ruiz-Gallardón of Madrid gave Mr. Tadić the Golden Keys of Madrid for his commitment to bringing Europe forward “in a positive way”.