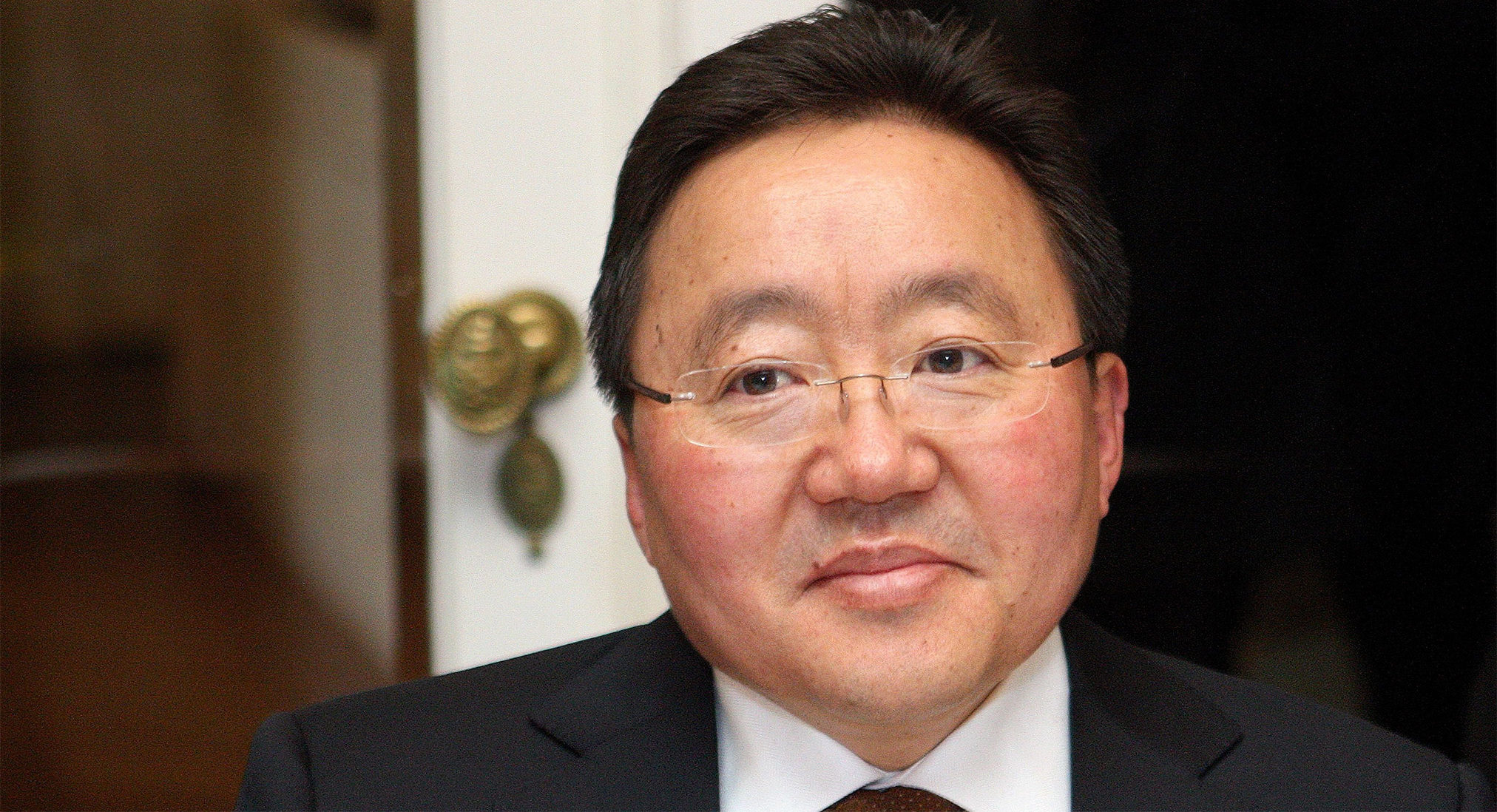 Elbegdorj Tsakhia is a public servant, a freedom fighter, and a policymaker from Mongolia. In 1990, he was one of the key leaders of the Mongolian Democratic Revolution and since then have continuously served Mongolia as a Member of Parliament four times, Prime Minister two times, and was elected President for two terms. Born in isolated Western Mongolia as the youngest of eight sons from a humble traditional nomadic beginning he has worked as a machinist in a copper mine, a soldier and a journalist in the army newspaper.

Aiming to consolidate democracy in Asia, Mr.Elbegdorj established the Asian Partnership for Democracy initiative within the confines of the Community of Democracies, the largest international organization that drives the global democracy agenda which Mongolia presided in 2011-2013. Under the chairmanship of Community of Democracies, Elbegdorj developed a plan on promoting civil society and advocating women’s rights, particularly political rights.

Currently, Mr Elbegdorj is continuing his work to improve public policy, governance, and democracy through the Elbegdorj Institute, a think tank he found in 2008. During his tenure as President, he also focused on the impacts of climate change, air and soil pollution, the most significant public health issues in the capital of Mongolia. Through his Green Belt Foundation, he continues this work as well by bringing together multi-stakeholders to find novel solutions to these challenges. He also supports Mongolian studies and aims to achieve the United Nations Sustainable Development Goals in Mongolia successfully.