The focus of these processes is to examine evidence on the relationship between social cohesion and economic development and to organize those findings in such a way that they can be made accessible and convincing to political leaders, effectuating political action.

The process has been designed around a working group of renowned international experts that will clarify the economic arguments for working towards shared societies and the rationale for a shared society approach to economic policy; they will also identify mechanisms to demonstrate the arguments to political leaders and begin to roll out the economic argument to financial and other sector leaders. A central element of this project will be identifying economic frameworks and regulations at a global level which facilitate and encourage individual countries and the market to work to adopt a Shared Societies Approach to Economic Policy.

In the first and second sessions of the meeting, the working group discussed available data on the relationship between inclusion and economic progress as well as exclusion and diminished economic output. They came to a clear conclusion on the positive benefits of building a “shared society,” or a socially inclusive and cohesive society. They also considered the potential for expanding upon available data through a new set of indices.

In the third session, experts considered the best ways in which these findings could be implemented as policy. Club de Madrid members present at the conference recounted their experiences in office and those reflections addressed best practices as well as the challenges the Club will face in trying to impact current leaders.

This meeting was only a preliminary discussion, and small groups of 2-3 experts will explore in more detail these suggestions in the interim between the first and the second general meeting. The small groups will explore further the available data on cohesion and development, the economic policy reforms suggested by the experts in the general meeting, and the role that international institutions can play in impacting leaders.

The next general meeting of the Shared Society Project on “Economic Development and Social Cohesion” is scheduled for September. 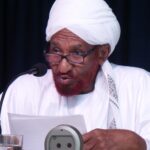