“In Azerbaiyan we have a multicultural society. Multiculturalism has no alternative”

"In Azerbaiyan we have a multicultural society. Multiculturalism has no alternative"
Club de Madrid

The Forum is an initiative in collaboration with the Nizami Ganjavi International Centre that consists in two different Conferences on Azerbaijan. One on women’s empowerment in Ganja, where Mr. Kok made the welcome, and one on Shared Societies in Baku. This theme is relevant in the region, and the Baku event examines how concepts and ideas of our Shared Societies Project are helpful for local leaders.

Mr. Ilham Aliyev, President of Azerbaijan, opened the sessions in Baku talking about his own country: ”In Azerbaiyan we have a multicultural society. Multiculturalism has no alternative”. So Mr. Aliyev stated that the dialogue of civilizations is a necessity for the development of mankind, and that education is “the core of success” for this integration challenges.

“We are not going to solve young people problems with new weapons but with new education technologies”, said H. M. Queen Noor of Jordan in the opening ceremony. She also stated that the challenge is to be able to engage through the difference.

President of the Club de Madrid Wim Kok said that there is no alternative for Shared Societies: “There is no plan B. We have seen in this region and beyond the problems of marginalising and separating communities on the basis of colour or religion or language. It creates tensions, unrest and ultimately violent conflict. That is an enormous burden on the society”.

Members of the Club de Madrid Vaira-Vike Freiberga and Tarja Halonen speaked in a session called “The Challenge of Shared Societies”. Mrs. Freiberga presented the change as a possible relaity, “not a a political slogan”. Mrs. Halonen insisted on its benefits: “Strengthening the participation, political, social, economical of the people is the key for a sustainable growth”. 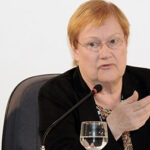 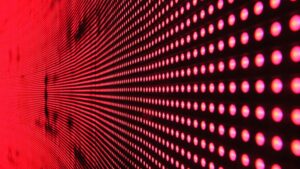