The economic benefits of Shared Societies

“A Shared Society’ is a socially cohesive society. It is stable, safe. It is where all those living there feel at home. It respects everyone’s dignity and human rights while providing every individual with equal opportunity. It is tolerant. It respects diversity. A shared society is constructed and nurtured through strong political leadership.”

Shared Societies is an approach to social inclusion developed and adopted by the Club de Madrid.  It is defined as a society based on equity, where each and every person feels at home, feels that they belong, that they can play a full part in that society and, at the same time, fulfil themselves.  It is an ideal to which few people would object, but which is often subordinated to economic growth, creating a competitive market and protecting existing interests.

The “Shared Societies Project”, a key initiative of the Club de Madrid since 2007, provides leaders with greater understanding of the benefits of social cohesion; practical ideas and approaches on how to achieve a shared society; and encouragement and support as they advance towards that goal. The project is designed in the belief that societies are most likely to be peaceful, democratic and prosperous when leaders and citizens recognize the value of diversity and actively build a shared society. The recently published Economic Rationale for Shared Societies highlights and disseminates the solid evidence-based arguments that support the relationship between social cohesion and economic growth and well-being.  The arguments are formulated and presented in such a way that they can be easily internalized and acted upon by leaders.

The Club de Madrid believes that general well being is at least partly dependent on building shared societies and has a positive impact on economic performance.   The Economic Rationale for Shared Societies has been presented to different institutions in the following events organized by the Club de Madrid and other institutions: 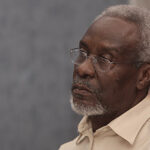