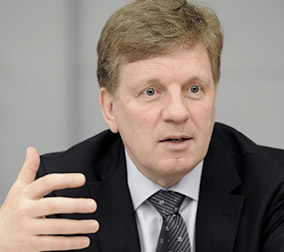 In 2000, Esko Aho spent one year as a Resident Fellow at the Institute of Politics at Harvard University. Throughout his career, Esko Aho has been active in the world of academia. He is a visiting lecturer at Beijing University and a member of the Industrial Advisory Board at the Russian Presidential Academy of National Economy and Public Administration (RANEPA).

Currently, Prime Minister Aho is Chairman of the Board of Cinia Oy. In February 2019 he was appointed to the JP Morgan Advisory Council for Europe, Middle East and Africa. Mr Aho is Strategic Advisor for European Forest Institute (EFI), and  advisor to several international and domestic companies and communities. Esko Aho’s domestic and international activities are coordinated through his private consulting company Verbatum Oy.