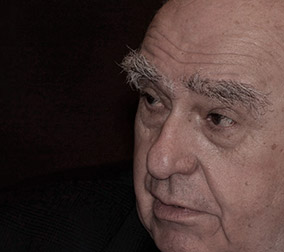 Sanguinetti was elected congressman in 1962, 1967, 1971 and 2005; and from 1969 to 1971 he also served as Minister of Industry and Commerce. In 1972 he was appointed Minister of Culture and Sport. The breakdown of constitutional order by the Armed Forces in 1973 deprived him of his government positions. During this period, Sanguinetti devoted himself to journalism, taking a critical stance towards the Government.  He also promoted cultural and sporting activities as President of UNESCO´s Regional Center for the Promotion of Books in Latin America (1975-1984) and Honorary President of the Soccer club Peñarol. Sanguinetti returned to politics in the early 1980s and headed the delegation of the Partido Colorado in negotiations with the military government, which led to the signing of the Naval Club Pact in 1984 and a peaceful transition to democracy. In 1983 he was elected Secretary General of the Executive Committee of the Partido Colorado, and in 1985 he took office as President of Uruguay, serving until 1990. During his tenure, Uruguay signed the Pact of Montevideo with Brazil and Argentina, a decisive agreement leading to MERCOSUR. He was elected for a second term beginning in 1995 and ending in 2000.

In 1996 he founded the Circle of Montevideo with the goal of creating new paths for governance and human development in Latin America. In 2018 he returned to the active politics and was elected Senator. He is currently Secretary General of the Partido Colorado that is part of the current government coalition.