Fernando Henrique Cardoso, former President of Brazil and the first world leader who presided WLA-CdM, will give the opening speech of the Forum. At the opening, the Secretary General of the OEA, Luis Almagro, will also speak. The event convenes every year former heads of State, intellectuals, business people and leaders from the region.

Afterwards, Felipe González and Julio María Sanguinetti, former presidents of Spain and uruguay respectively, will participate in the first roundtable where they will discuss about the crisis of political representation.

During this edition, conversations will follow the questions “Walls or bridges?”, and there will be spaces to talk about corruption, justice and the right of privacy in XXI.

Ricardo Lagos, former President of Chile and the Forum’s head, was present at the inauguration dinner that took place yesterday and in which the host, Mauricio Macri, current President of Argentina, remarked the necessity of reafirming the democratic and human rights commitments that “were so hard to achieve in South America.”

The Forum was created in 2000 with the objective of promoting the reflexion about the region’s development and its role in the process of globalization. Since then, many political leaders, experts, intelectuals, judges and other personalities of the region have taken part. 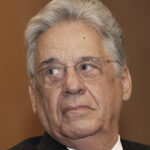 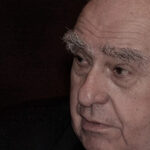 « “Women are natural leaders”, says President Banda during a visit to New York University
“Europe must think more seriously about its own investment and defence capability”, says Vike-Freiberga »