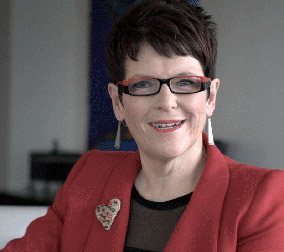 Mrs. Shipley taught for several years at the primary school level during the 1970s. From 1973 to 1988 she co-owned and operated a large farming enterprise with her husband. She also worked with diverse children’s right’s organizations in New Zealand such as the Plunket Society.

Mrs. Shipley got interested in politics originally at community-level. She was elected to local government (Malvern County) in 1983. In 1987, she won a seat in the National Parliament representing the electorate of Ashburton (now Rakaia). Before 1990, she served as Spokesperson on Social Welfare.

In 1997 Shipley became Prime Minister and Leader of her party (National party, NP) gaining control of the Coalition Government.

When the Coalition broke up in August 1998, Shipley held on to her position as Prime Minister and managed to retain enough seats to keep the NP in power until the end of 1999.

During her tenure as Prime Minister, one of her most important acts was to host the Asia-Pacific Economic Cooperation (APEC) annual forum in Auckland in 1999, which attracted some of the world’s top leaders to discuss shared trade and economic issues.

After serving as the Prime Minister, Jennifer Mary Shipley was the Leader of the Opposition until late from 1999-2001. She retired from politics in 2002. Currently she is a Director of a number of companies in NZ and in Asia, speaks all around the world on a diverse range of topics and runs her own consultancy. She was an Initiator of the Education Forum for East Asia, an annual conference held in Beijing and is deeply involved in its development. She is a member of the World Women’s Leaders Council.