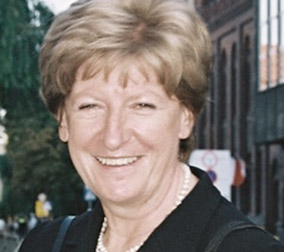 Born in Pleszew, Poland on the 3rd of April 1946, holds a PhD In Constitutional Law.

Throughout the 1980s, Suchocka played a key role in the democratic opposition. She became a member of the pro-democratic Solidarity trade union in 1980 and was elected to Parliament, which she abandoned in 1984 after refusing to vote for measures aimed at weakening Solidarity.

With the democratic transition in 1989, Suchocka was re-elected to Parliament as a member of the Democratic Union. In July 1992 Polish president Lech Walesa named her Prime Minister. From 1994 to 1997, she served as a member of the Polish Delegation for the Parliamentary Assembly of the Council of Europe. She returned to the national government in 1997 as Justice Minister.