How to build new narratives to prevent violent extremism, core of the newest CdM project

Reinforce a response to radical messages by proposing a positive narrative based on tools from traditional media, social media and citizen journalism is the aim of the latest Club de Madrid project: ‘Preventing Violent Extremism: Leaders telling a different story’. This initiative is supported by the European Commission’s Directorate-General for International Cooperation and Development and will be officially launched in Brussels next Wednesday 28th in a kick- off event featuring three CdM Members and former Prime Ministers: Jerzy Buzek (Poland, 1997-2001), Mehdi Jomaa (Tunisia, 2014-2015), Zlatko Lagumdzija (Bosnia and Herzegovina, 2001-2002). Gilles de Kerchove, EU, Counter-Terrorism Coordinator, and Adriaan Van der Meer, Head of Unit Stability, Security Development and Nuclear Safety, DG for Development and Cooperation of the European Commission, will be among the participants.

Program of the kick off event to the project ‘Preventing Violent Extremism: Leaders telling a different story’

The effectiveness of the recruitment strategies of extremists groups showcases their deep understanding of communication, marketing and social media tools and to which extent the 21st century conflict and violence is borderless. ISIS is probably the terrorist group that has invested more efforts and resources in communications and propaganda than any other violent organization before. Thus, there is a pressing need for better understanding how messages can be countered and the appropriate tools to carry it out.

With an increase of more than 80 per cent in the total number of deaths caused by violent extremism in 2015, international efforts and current strategies to tackle the drivers of radicalization suffer from lack of empirical data and coordination. In this context, the Club de Madrid project 12 months project ‘Preventing Violent Extremism: Leaders telling a different story’ will aim at strengthening counter-narrative messaging and produce a multi-dimensional response to extremist propaganda by channelling the collective expertise, ideas and political leverage of, policymakers, media representatives, experts, practitioners and the wisdom and experience of the Club de Madrid members, all of them former Presidents and Prime Ministers democratically elected in their countries, many of whom have already faced the problem of violent extremism.

One of the main outcomes of the project will be a scientific and data based recommendations/guidelines on how to effectively create and apply positive messaging and which tools and strategies are more effective to counter violent extremism. The beneficiaries of the project will be state and non-state actors, including political leaders, media stakeholders, experts, scholars, journalists, media and practitioners in communications and the preventing and countering violent extremism field.

To that end, a process of regional and national consultations will be develop in countries such as Tunisia, Lebanon and Nigeria. In them, key stakeholders and practitioners will provide the technical knowledge and engage with the Club de Madrid Members who will contribute with the political insights. This way the project will provide a platform for dialogue between qualified key actors in the PVE/CVE field in the pursue for an effective, positive and attractive new narrative capable of countering the one ISIS and other violent groups have successfully developed.

This project builds upon the Club de Madrid work on countering and preventing violent extremism that started with the Madrid+10 Policy Dialogue on PVE/CVE convened in Madrid October 2015 and the release of the main outcome from that gathering: the Global Consensus, a document summarizing a set of principles and values to fight against terrorism from a democratic perspective, respect for human rights and the assumption that military means alone are not enough to tackle the challenge of violent extremism.

To sign the Global Consensus document and read the Conclusions Report of the Madrid+10 Policy Dialogue, which includes the policy recommendations made by 35 Club de Madrid Members along with more than 250 experts from around the world, please check out the project’s digital platform www.stoppingviolentextremism.org.

This website features news, good practices, trends and challenges, initiatives, policies and raises awareness of the work done by key experts and interlocutors on PVE/CVE who utilize the Global Consensus ideas in their own community, society or country. 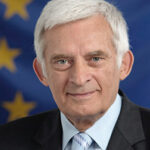 « Clinton and Lagumdzija join forces again for Shared Societies
“They show their victory, we have to show their defeat’ Mehdi Jomaa tells BBC about ISIS »