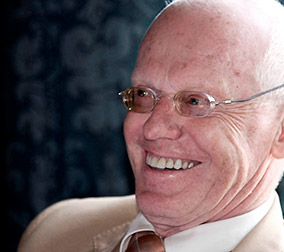 Birkavs studied law, philosophy, sociology, psychology and mathematical logic at the University of Latvia. He received a PhD. in criminology at Moscow’s Institute of Criminology (1978).

Mr. Birkavs has devoted most of his professional career to law and politics, pursuing the development of law-based state, democracy and market economy principles within Latvia and in the Baltic Sea States. He was named Associate Professor in law and psychology in 1986, and has lectured at various foreign universities and research institutes.

Valdis Birkavs participated in the National Awakening Movement (“The Singing Revolution”), and was a leading figure during the process of renewal of democratic principles within Latvian state administration and its legal system. He was a Founding Member and, from 1988 to 1995, President of the Latvian Bar Association, the first democratic lawyers’ association in the former USSR.  It was on Mr. Birkavs’ initiative and under his leadership that the legal foundations for Latvian independence were laid. He is co-author of the May 4, 1990 Latvian Declaration of Independence.

Since 1990 Birkavs has been a Deputy in the Latvian Parliament, serving as Deputy Chairman of the Judicial Committee and Deputy Chairman of the Parliament. He is a founding member of the liberal-conservative political party Latvijas ceļš  (Latvian Way), serving as Chairman since its founding. His election to the Prime Ministry in 1993 made him the first Prime Minister of Latvia following the renewal of the constitution. During his administration Dr. Birkavs reached an agreement with the Russian government concerning the withdrawal of Russian troops. He has served as Foreign Minister and Minister of Justice in seven governments.

He is the author of over 150 academic papers and published articles, the majority of his academic work focusing on the problems of combating and preventing crime, democracy and the power of the law, international politics and human rights.