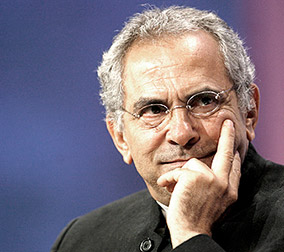 He studied at The Hague Academy of International Law and the International Institute of Human Rights, in Strasbourg, France. Mr Ramos-Horta took postgraduate courses in American foreign policy at Columbia University, holds a Master’s in Peace Studies from Antioch University, and has a Diploma from the Executive Program for Leaders in Development at Harvard University.

Due to his active involvement in political awareness and advocating independence for the territory, he was deported at the age of 18 to Portuguese East Africa. He returned to Timor in 1971 and, after the 1974 revolution in Portugal, joined with other young Timorese pro-independence activists to found the Social Democratic Association of Timor, later known as the Revolutionary Front of Independent Timor-Leste (FRETILIN). When FRETILIN declared the independence of East Timor in 1975, Ramos-Horta was appointed Minister of External Affairs and was instructed to go abroad to seek international recognition and support. He was just 25 years old.

Ramos-Horta left East Timor three days before the invasion by Indonesian troops that led to a 24-year occupation. Few days later, he became the youngest diplomat ever to address the United Nations Security Council, successfully urging the Council to adopt a resolution that recognized the right of the people of Timor-Leste to self-determination and independence.

After the 1999 referendum in which the people of East Timor voted overwhelmingly for independence from Indonesia, Ramos-Horta returned to his homeland for the first time in 24 years. He served as Foreign Minister under the provisional United Nations administration (2000–2002) and during the first four years of independence (2002-06). He was selected as Prime Minister after the political and social crisis that led to the resignation of the first government in 2006. In 2007 he was elected president of the Republic, receiving over 70 percent of the votes cast.