Video Summary: Political Leadership for the Future of Europe

This video is a summary of our Policy Lab ‘Spain and the European Union: Political Leadership for the Future of Europe’. You can watch the full discussion below:

Aiming to contribute to the debates on the Conference on the Future of Europe, this Policy Lab addressed the European Union’s role as a global actor in an increasingly polarised world and in fostering internal cooperation and solidarity among European states.

The discussions counted on the participation of Members of Club de Madrid, all democratic former Heads of State and Government, many of whom participated in the birth and development of the European Union. Now that the EU is immersed in devising a recovery plan for the COVID-19 pandemic, their political leadership and experience can be decisive in defining measures that will better respond to the expectations of European citizens

Participants also analysed the contributions of Spain to global efforts in shaping a renewed, green, inclusive and digital European Union. Aside from the participation of Members of Club de Madrid, the initiative counted on representatives from Spanish and European institutions, and prominent individuals from the Spanish civil society.

09:45 – 11:15h Roundtable I – Current and Future Challenges of the European Union. Where we stand and where we are going.

11:30 – 13:00h. Roundtable II – The Future of Europe as a global actor in a world that is moving towards sustainability and digitalisation. The contribution of Spain to the transformation process.

Session facilitated by Federico Steinberg, Special Advisor to the High Representative of the Union for Foreign Affairs and Security Policy and Vice President of the European Commission and Senior Researcher at the Elcano Royal Institute. 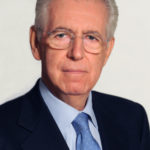