Yves Leterme: “The European welfare system has been able to deliver inclusive policies and tackle inequality”

The conference, Responsibility and Development: New Agenda for Europe and the World, aimed to disseminate and discuss the proposals of the Pascal Lamy Group, which focused on adjusting political agenda to new trends.

In his speech, Yves Leterme, who was Prime Minister of Belgium in 2008 and then again between 2009 and 2011, addressed the future of the Eurozone and European integration, emphasising the need to talk about the inclusive societies we are aiming to obtain.

“The European welfare system has been able to deliver inclusive policies and tackle inequality. It is a pity that this in’s in the current European political campaign”, said Leterme.

According to Leterme, Shared Societies, a concept developed by the WLA-CdM with social inclusion at its core, has the potential to mobilize ordinary citizens: “It promotes broad inclusion when you are designing policies to prove ordinary citizens that what they think matter”, said the WLA – CdM Member.

Chancellor Alfred Gusenbauer, also a member of WLA – CdM, was present at the conference, though on a personal capacity. His speech explored the success of nationalist groups in the 21st century, putting it down to the left’s reluctance to challenge neoliberal visions.  He called for more radical economic policies, calling it an “Ecosocial democracy”.

Other speakers such as WLA – CdM member President Aleksander Kwaśniewski (representing the Amicus Europae foundation) and Mafalda Damoso (researcher at the Foundation for European Progressive Studies) touched on topics such as the fight for democracy in Poland and access to culture to create inclusive societies.

Bilateral Meeting with the Mayor of Warsaw

Prime Minister Leterme, President Kwaśniewski and Chancellor Gusembauer, all members of WLA – CdM, met with the mayor of Warsaw, Rafal Trzaskowski, to present our organization and the Shared Societies Project. The conversation was mainly around political campaigning and the digital space, with a focus on Warsaw and Poland.

The Mayor stated that he was the first to run a media campaign 10 years ago when he became a Member of the European Parliament. During his election campaign, he was unknown and was supported by well-known Polish personalities and artists. At the time, he was very optimistic and excited about the new technologies and the potential of digitalization.

Nowadays, he is more sceptical regarding digital strategies and recognises that from time to time, it has brought more polarization, reinforced the bipartisan system and has empowered individuals to live in their own bubbles. These are issues that WLA-CdM aims to address in its project Protecting Information Integrity.

Mayor Trzaskowski said that his government is building a city for everyone that does not discriminate against anyone, putting great attention on minorities and supporting citizens regardless of sex, colour, religion, origin, sexual orientation or views. 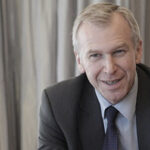 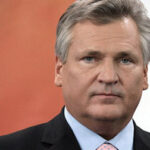