Club de Madrid members and participants set out to identify major action items to provide direction going forward. Members agreed that it was the perfect moment to break with “politics as usual” and listen to the conversation before making any conclusions. During two days of fruitful debate and discussions, many questions arose that will lead to future activities for the Club de Madrid, like:

• Public sector data should be open as a default, but are enough steps being made to challenge private institutions to open their data?

• Even if new technologies are being implemented at lightning speed, how do we handle those being left behind because of infrastructure deficiencies or poverty?

• How do new technologies supplement and enhance the current arguments over how to govern, instead of just creating further divisiveness?

With this ceremony, the Club de Madrid concludes the celebration of its X Anniversary, ten years of hard work promoting democracy that delivers. 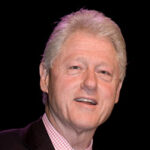